Here's a little bit of awfulness for you, which... uhhh... went down on the night of the Women's March, via Ken Vogel of the NY Times: 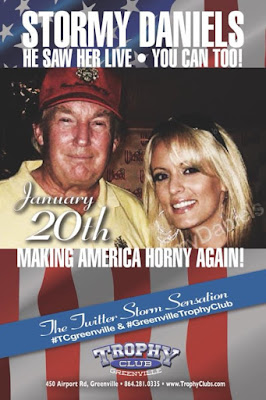 Who said the Trump wasn't bringing jobs back to America? Well, gigs at least...

The whole Stormy Daniels thing manages to be hilarious, with some gross notes added in to 'spice' things up:


Yup. He bragged about his daughter quite a bit though. He was very proud of her, which is nice. He told me once that I was someone to be reckoned with, beautiful and smart just like his daughter. She is smart and beautiful, so I guess that’s a compliment. But as far as family, that’s all he ever said. He definitely is very proud of her, as he should be.


You could see the television from the little dining room table and he was watching Shark Week and he was watching a special about the U.S.S. something and it sank and it was like the worst shark attack in history. He is obsessed with sharks. Terrified of sharks. He was like, “I donate to all these charities and I would never donate to any charity that helps sharks. I hope all the sharks die.” He was like riveted. He was like obsessed. It’s so strange, I know.


The worst shark attack in history occurred after the sinking of the U.S.S. Indianapolis- in the grand scheme of things, the sharks were a lot less dangerous than good old H. sapiens. I like sharks, even the mutant ones, and I am concerned that Trump would interfere with NOAA's efforts at conservation of endangered shark populations. I'd also like to point out the Trump that sharks are the least of his problems: 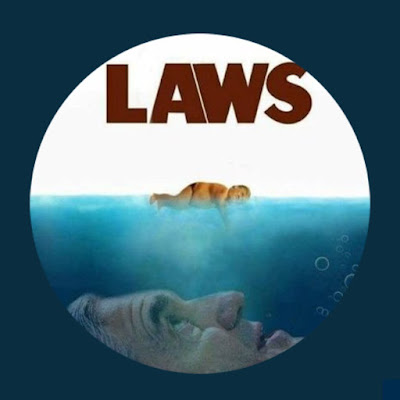 Getting back to the topic of Stormy Daniels, the really weird thing is that I remembered her name from her short-lived Republican primary campaign against Davd 'Diaper' Vitter:

I guess that Trump won't be putting her on his staff, well, not in the future.

I checked her out on Google images when they first started talking about her.

Blondes with big boobs aren't really my type (although I was married to a tall stacked blonde for a couple hours three decades ago), but she's undoubtedly very pretty and well constructed.