Been Working a Lot of Graveyard Shifts...

Lately, I have been working a lot of graveyard shifts, and I think I may be going a little batty. In a comment at Brando's blog, I invoked the specter of Rudolph the Red Nosed Reindeer slashfic. At first, I proposed "Rudolph/Hermie" slash, but I had to double down on the disturbing antics by deciding that "Yukon Cornelius/Abominable Snowman" slash was even more transgressive. Now, at four in the morning, stuck at work while a biting wind blows fallen snow all around the building, I have decided to implement my fiendish slashfic scheme in order to while away the wee hours of the morning.

It goes without saying that this particular version of "Rudolph" is a Spankin/Ass production (I note that, hilariously, teh wikiwakiw00 uses a "slash" in "Rankin/Bass" rather than a hyphen, which leads me to wonder if there's any Rankin/Bass slashfic out there). Our present fictive abomination takes place in the interim between Yukon Cornelius' fight with the Abominable Snow Monster, and **SPOILER ALERT** their triumphant return after a tender reconciliation:

For those of you who value your sanity, you may wish to stop reading before I totally ruin Christmas specials forevermore...


Yukon Cornelius slowly came to awareness after a period of unconsciousness. The last thing he remembered was falling over a cliff while locked in a deadly clinch with the Abominable Snow Monster. He'd always thought that he'd die alone, his frozen corpse found by Inuit hunters or eaten by the small white foxes that patrol the tundra. To die locked in combat with an implacable foe would have seemed unthinkable... and yet he lived! Or did he? As he became aware of his surroundings, he noticed that he was lying on the softest surface he'd ever encountered. He briefly thought back to a fancy bordello in Nome that he had visited after a particularly rich haul of gold nuggets, and the feel of satin sheets and eiderdown comforters on his skin. He thought of the saucy tart* who had entertained him throughout the night- her brash laughter, bawdy jocularity, and smooth skin such a contrast to the furtive, shame-faced, rough men he'd coupled with in the mining camps. He thought even further back to his early days in the North Country, when his frequent jaunts to the barrel earned him the nickname Yukon Cornholius. How distant those days seemed! Wondering at this new stage of his life, lying on what seemed to be a luxurious rug, he dismissed the idea that he'd died and gone to heaven only because of the throbbing pain in his head. As his vision returned, he saw the dirty white pelt on which he'd lain, and realized that it was actually the pelt of the monster! His initial horror dissipated as he basked in the beast's fuzzy softness. As the beast came to, their eyes locked... Yukon was shocked to see that they weren't merely the eyes of a beast- there was some sort of reckoning behind those eyes. The Abominable Snow Monster's gaze seemed to become tentatively tender- all hostility evaporated from the creature's expression. Yukon looked at the newly toothless mouth of the beast, which gave the formerly ferocious creature a vulnerable look, and he thought back to a legend recounted around the campfires throughout the Territory- the legend of a old, retired prospector who, due to his arthritically cramped hands (permanently cramped as if they were gripping a pickaxe handle), and his toothless mouth, was reputed to be able to service a procession of prospectors in rapid succession- and he laughed out loud to think of his once-feared opponent as a docile playmate. He exultantly shouted, "BUMBLES BOUNCE! By thunder, I'm going to bounce this Bumble!!!"


Uh, I can't continue with this... I may be going nuts from working graveyard shifts, but going further would be a bridge too far. Sure, it's one thing to be transgressive, but this post is already Wronger than a Football Bat. Now, for a different style of transgression, I have to wonder what bronies think of Clarice the Reindeer (voiced in lovely fashion by Janet Orenstein):

Would Clarice be appealing to bronies, or would her fuzzy texture and lack of sparkles make her seem drab and wan? Could the bronies "clop" to Rudolph?

Now, to get away from the Bad Wrongness permeating this post, I have to confess that I am currently pissed that I am not the first person to realize that Han Solo is a ripoff of Yukon Cornelius- GAHHHH, even the odious James Lileks beat me to the punch here. 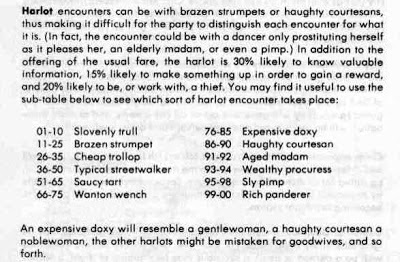 UPDATE: I'd be remiss if I didn't post ZRM's take on Yukon/Bumble slash: "Bumbles are Bottoms!"

Posted by Big Bad Bald Bastard at 6:07 AM

I was very relieved when teh Wiki indicated that she is 19. WHEW!

I blame it on weird late-night radio.