Not the New Branch We Need

The big policy story of the day is Mike Pence's speech at the Pentagon arguing for the creation of a Space Force, which promises to be an eight billion dollar boondoggle that will line the pockets of Marilyn Lockheed. Meanwhile, Russian hackers are targeting the US power grid and the Republicans blocked funding for electoral security... a cyberspace force would be more sensible, given the nature of the threats to our nation.

Well, with the increasing incidence of wildfires and storms due to climate change, a wide-focus scientific defense force would be the best response to the multiple threats that we face as a nation and a species. Longtime readers will know that I am talking about the creation of a Science Ninja Team. Groovy bell bottoms are optional: 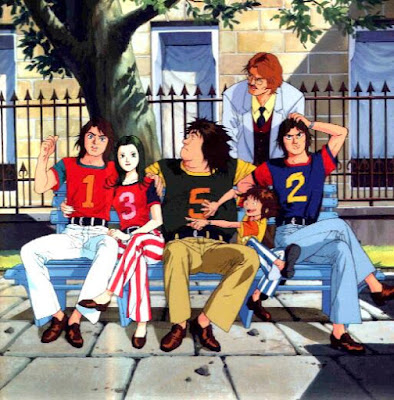