Last night, I headed down to the beautiful Bell House, in the Gowanus section of Brooklyn, for this month's Secret Science Club lecture, featuring Dr Susana Martinez-Conde, the director of the Laboratory of Integrative Neuroscience at Brooklyn's own SUNY Downstate. Dr Martinez-Conde is a renaissance woman, being a professor of ophthalmology, and physiology & pharmacology besides being a neurologist.

Last night's lecture dealt with illusions, beginning with the question, "Is everything an illusion?" She showed a clip from The Matrix, joking that the philosopher Keanu Reeves had posed this question, then noted that "reality" is actually the product of an individual's neural matrix. Dr Martinez-Conde defined an illusion as a subjective perception that doesn't match the real world. There are three broad categories of illusions: seeing something that is not there, the failure to see something, and seeing something that is different from what is actually there.

Illusions depend on the brain "deceiving" us- everything we perceive is relative in context, and neural limitations lead to neural "deceptions". Our brain fills in blanks in sensory input- Dr Martinez-Conde illustrated this by having the audience members locate their "blind spot by joining our thumbs at arms' length and moving our hands toward our faces until one thumb tip disappeared. She noted that the brain "fills in" the gap in the visual field, but this can relate in errors- she joked that you can "decapitate" people because the brain fills in the background using the information around the gap, and cannot reconstruct a figure.

The brain seeks structure in the things it perceives, which Dr Martinez-Conde illustrated with the "3 Pac-Men" figure, in which the brain mistakenly perceives a triangle:

The brain organizes information, even if organization must be imposed.

The brain also imposes narratives- to the extent that choice blindness can occur... In one experiment, subjects were asked to rate pictures of female faces and to choose the more attractive of each pair. The majority of subjects were unable to detect when the pictures had been swapped using sleight of hand and were able to confabulate reasons why they had to justify why they thought that a picture they initially hadn't chosen was the more attractive of a pair. Dr Martinez-Conde quipped that it doesn't matter what choice you actually make, you can convince yourself that you've chosen otherwise.

Dr Martinez-Conde noted that the illusions that have been studied often come from the art world. The use of size and occulsion to create the perception of perspective was developed in the Renaissance. She noted that there will always be ambiguity in perception, but the visual system needs to make sense of ambiguity. Artists and architects are able to exploit this fact by creating distortions such as Borromini's forced persective tunnel in the Palazzo Spada in Rome which appears to be about four times as long as it actually is. Illusions such as these work because such trickery is not normal in the natural world.

Dr Martinez-Conde then displayed the Leaning Tower Illusion, in which the rightmost of two identical images appears to lean more because the brain perceives objects to "converge" in the distance. In the image of two towers, the failure to converge is interpreted as looking like divergence.

She then displayed a visual puzzle, a portrait of Napoleon Bonaparte, his wife Josephine, and their child, disguised as a depiction of violets: 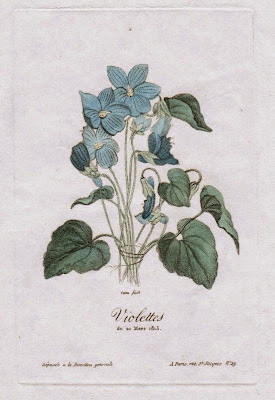 Spoiler, look for the white profiles of the trio.

The topic then shifted to the infamous blue-black/white-gold dress. Color perception is subjective, ambiguous, and illusory. Dr Martinez-Conde joked that, with illusions, not everything is black and white. The images we perceive are not static, and context can make identical colors appear to be different. To demonstrate this, she showed us Akiyoshi Kitaoka's "grey-eyed girl" illustration, in which two identical gray eyes are perceived to be different colors: 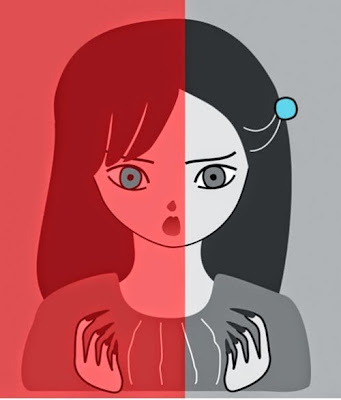 Context is everything. In one dramatic illusion, demonstration 14 on this site, two identical-colored tiles on the image of a cube appear to be different. demonstration 12 shows the effect of "illumination" on color perception, with identically-colored tiles appearing very different under blue or yellow illumination. The visual system discounts the source of illumination when perceiving colors- color constancy causes humans to perceive colors as similar under different lighting conditions. Color constancy can be "fooled" under certain lighting conditions, allowing alterations of color perception, such as that in the "gray-eyed girl" illusion. In the case of the dress, the different perception was due to different perception of illusion. The visual system evolved to deal with sunlight and a blue sky, so golden light and blue light can be confusing.

Perception involves making shortcuts and putting things in context. Dr Martinez-Conde finished her lecture by demonstrating that not only the visual system is subject to trickery, presenting a funny video which involves an audio deception, a "misheard lyrics" take on Oh, Fortuna! from Carmina Burana:

In the Q&A, some bastard in the audience asked Dr Martinez-Conde if any illusion studies had been performed on other primates- she answered that animals perceive illusions, but that no chimpanzees had been asked about "the dress". Other topics she covered were the possibility of visual prostheses and machine vision, which the study of illusions could refine. One young fellow who was standing next to the bastard asked about "illusions" affecting other senses, such as touch, taste, and smell. Dr Martinez-Conde asserted that these senses can be tricked, but that it was harder than visual illusions. I reminded him of the "hot warm cold" trick after Dr Martinez-Conde responded. Regarding the "Best Illusion of the Year" contest, she told us that she had thought that the first year would have been a "greatest hits" type of situation, but that the illusions continue to be top-notch year after year.

Dr Martinez-Conde and her husband, who is her Best Illusion of the Year co-creator, stuck around after the lecture to hang out with audience members. Some bastard joked that she should buy "the dress" to wear during the presentation. She responded that the trick would only work under the proper conditions of illumination, whereupon said bastard, who is no stranger to theatrical lighting, ruefully noted that there are more people in NYC who studied stage lighting than there are positions for lighting designers on Broadway. I asked her husband if he had ever introduced her to the mad genius of the MAD fold-in, and answered that he hadn't but that she'd probably like them. One could not meet a nicer couple.

The lecture was really great, with some wonderful visual accompaniment. Throughout the lecture, I was thinking, "The good professor is messing with our heads... and it's awesome!!! Once again, the Secret Science Club delivered a fantastic lecture by an informative expert who looked like she was having a ball. Here's a hearty round of high-fives to Dr Martinez-Conde, the staff of the beautiful Bell House, and Margaret and Dorian. Thanks yet again!

But we decide which is right.
And which is an illusion?

But the orbs are our friends!!!