Sorry about the lecture recap delay, yesterday I had to attend my annual state-mandated training for the job, and then went out for a couple of beers. On Monday, I headed down to the beautiful Bell House, in the Gowanus section of Brooklyn, for this month's Secret Science Club lecture, featuring Dr Susana Martinez-Conde and Dr Stephen Macknik, both of Brooklyn's own SUNY Downstate Medical Center. The good doctors form a neurology power couple, the masterminds behind the Best Illusion of the Year Contest. Monday's lecture was a showcase for the gorgeous illusions that were sent into the contest, and dovetailed with the couple's new book, Champions of Illusion, which is a gorgeous mind-blower of a tome.

The good doctors handled the lecture in tag-team style, riffing off of each other and pausing to display videos and static images of the illusions submitted to their annual contest. The contest was formulated to provide information about the neuromechanics of perception, while remaining fun for the layperson- one does not need neurological training to appreciate illusions. The illusions submitted to the contest were rated on their intellectual, aesthetic, and 'spectacularity' appeal.

Dr Martinez-Conde began the lecture with a brief discussion of the infamous color-changing dress, accompanied by an image of the dress illuminated in light of two colors. As a personal aside, I figured out the controversy by comparing night Ginger with day Ginger.

The physical objects are ambiguous square/circle hybrids, and the use of a mirror activates this ambiguity as the objects are moved. Dr Martinez-Conde described this illusion as 'smoke and mirrors', or in this case, light and mirrors.

The next illusion presented to the crowd was the dynamic Ebbinghaus illusion:

Our perception of illusions can help neurologists 'dissect' how we see objects. The next illusion presented by Drs Martinez-Conde and Macknik was Anthony Norcia's Coffer Illusion: 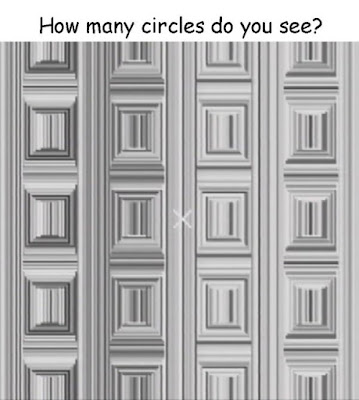 The audience was tasked with counting the circles in the image, which tend not to be immediately apparent.

The next illusion present to the audience was Victoria Skye's beautiful variation on the classic café wall illusion:

In this instance, the shading is a crucial element in the illusion.

The next illusion presented was the chesspiece illusion, in which identical images of chess pieces were made to look dissimilar using the darkness of the background against which they appeared:

The observer's brain determines whether a piece is white or black, in the real world, everything is ambiguous. Our brains normalize things, which has evolutionary significance, such as a parent's ability to recognize a child both inside and outside of the cave. 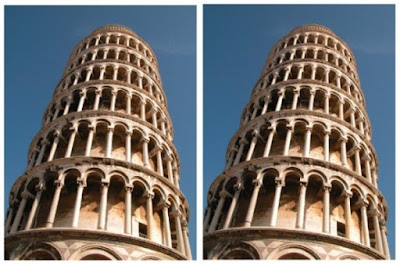 While actually parallel, the mind interprets them as diverging because, as parallel objects recede into the distance, they are perceived as converging: 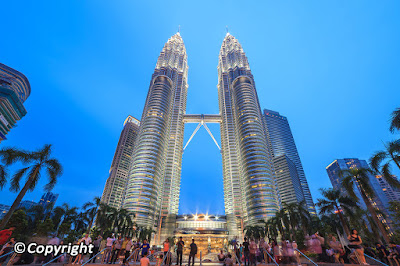 A similar illusion was entered into the 2014 contest by Kimberley Orsten and James Pomerantz:

My favorite illusion of the night was Kochiki Sugihara's 'uphill rolling' structure:

This illusion exploits the brain's desire for a sensible rectilinear shape- our perception 'defies gravity' in order to make sense of an ambiguous structure.

The next illusion was an attention illusion- instructed to pay attention to changing dots, observers tend to stop seeing change in individual objects when the objects move:

The brain gives primacy to perception of the motion, which is more important from a survival standpoint than the color changes.

Dr Martinez-Conde likened illusions to 'stories that the brain tells us'. Illusions allow us to tell stories about neuroscience. The challenge in talking about neuroscience is how to engage the audience. She invoked E.M. Forster's Aspects of the Novel- writers have thought deeply about narrative, with there being a difference between story and plot. Foster contrasts two sentences- the first is 'The king died and the queen died', a story, which makes a time connection between two events. The second sentence- 'the king died and the queen died of grief', a plot, makes a connection of causality as well as time. Plots engage audiences- Dr Lawrence Krauss remarked on the muted excitement when the discovery of gravitational waves was made public, quipping that the public is interested in science when it results in faster cars or better toasters. Scientific discoveries that affect the public create emotional responses- people have strong reactions to cloning, the discovery of hobbits, or the demotion of Pluto.

Science is as its best when it engages our sense of wonder- where did we come from and how did we get here? Illusions provide a sense of magic, a sense of wonder. She showed a video of a broken-and-restored thread act in which the stage magician spun a poignant tale of a difficult relationship "you are intellectually dull and your cooking is mundane", effectively distracting the audience from the slight of hand. She then showed the same video of prestidigitation without the narrative, removing the emotions which accompany the illusion, which requires misdirection.

The lecture was followed by a Q&A session- one bastard in the audience asked about the perception of illusions by non-human species. Animals are subject to illusion, many organisms employ camouflage, mimicry, and other forms of deception to trick each other in various ways. Illusions have value, evolutionarily. Another question elicited the response that the brain fills in gaps- the brain makes up more than it takes in, in some cases, there are spectacular cases of discrepancy. Previous generations of scientists believed that illusions were cases in which the brain 'got it wrong'. Now, the focus has shifted to how illusions may help us- if illusions had no adaptive use, we would have evolved out of them long ago. Another question involved tactile and auditory illusions, which led to a brief discussion of the disappearing hand illusion:

A question about Dr Kokichi Sugihara's physical objects led to a fascinating digression about Dr Sugihara's initial desire to program 'impossible' object plans into a design program, then discovering that, not subject to human perception, the program would render workable designs for objects deemed impossible within the limits of human preconceptions. Regarding the subjectivity of perception, Dr Martinez-Conde joked that objects are honest, the brain determines what is perceived. Asked to picture one's mother's face, a subject is able to do so even if she is not present. Perception often involves 'filling in details'. There are conditions which affect one's perception of illusion- certain individuals on the autism spectrum are difficult for stage magicians to misdirect, certain people have brain damage which removes the ability to perceive motion, certain illusions are more difficult to perceive as a subject ages.

Once again, the Secret Science Club delivered a fantastic lecture, one accompanied by a variety of mind-bending illusions. Drs Martinez-Conde and Macknik entertained and enthralled as well as informed us. Kudos to the good doctors, Dorian and Margaret, and the staff of the beautiful Bell House for another fine Secret Science Club event. Here's a nice video featuring my favorite neuroscience/magic power couple:

Pour yourself a nice beverage and soak in that science... and consider picking up Champions of Illusion, which is a spectacularly pretty book.