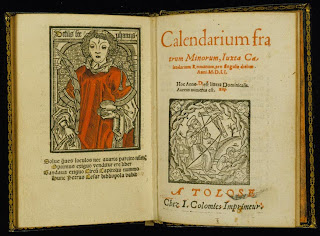 Boxing Day also marks the Feast of St. Stephen, first martyr to the Christian faith- the stone in his hand represents the instrument of his martyrdom. The day is perhaps best known to Americans as the day on which Good King Wenceslas (the historical Duke Vaclav of 10th Century Bohemia) set out in the snow with a page to bring a feast to a poor subject. Incidentally, Duke Vaclav was also canonized by the Church. The carol was written by English churchman John Mason Neale in the mid-nineteenth century. Obviously, Neale was a liberal who wanted to give unsuspecting children an example of liberal nanny-state largesse, masked as an act of piety and kindness.

More importantly, the Feast of St. Stephen, being the day after the family celebration of Christmas, is a traditional day for gathering with friends in the pub for some hearty wassailing. Although I will be working this afternoon (there's a fundraising event at the non-profit I work for part-time), I will be sure to hit the pub with my fellow wassailants when things wind down.

Edit: Who am I kidding? I just wanted to post a woodcut for
Smut.

Can never have too much kite-flying.
But where is the stoning, sir? It's not a real St. Stephen without a stoning.

Isn't there a Dreadful Grate "song" involving this masochist?

(In which case we're glad you've resolved not to clutter things up w/ YouTube embeds.)

Looking more carefully at the right-hand page I realise that it is not after all a diagram on kite-flying, but rather an attempt to prove the Theorem of Pythagoras using the principle of similar triangles, which the illustrator has obscured with elaborate decorations a la "Canticle for Leibowitz".

So it was quite common to have flying things coming around lasering holes in feet and hands, in them days. One supposes it concentrated the mind a bit, kept one on the ruined toes, as it were.
Why is the robot in red on the left hand page carrying a fish. It doesn't look like a culinary robot. Something is a bit fishy there.

That is a fish taco the robot is holding very close to itself, also symbolized by its gaping, flappy sleeves.

Isn't there a Dreadful Grate "song" involving this masochist?

Saint Stephen with a rose
In and out of the garden he goes
Country garland in the wind and the rain
Wherever he goes the people all complain...
~
~