Missed the March but Did my Part

Today was the day of the 2019 Women's March in NYC. There were attempts to gin up controversy concerning the marches and alt-right/neo-Nazi attempts at ratfucking in some communities, but NYC seems to have pulled it off well, with one kooky moment. I was march adjacent for a while, the route of the march went by the dojo where I volunteer coach: 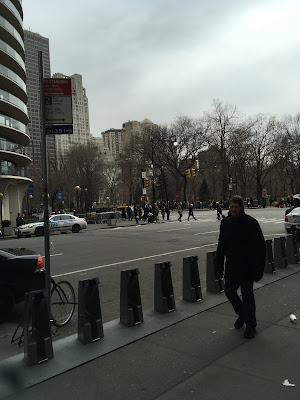 We were teaching class during the march, but could see it out of the windows during breaks in the action. I was particularly struck by a large banner bringing attention to the plight of indigenous women in Bolsonaro's Brazil.

While I wasn't able to attend the march, I like to think I did my part in the empowerment of girls. Here is a picture of two of our first-grade aged students, a tranquil, even tender moment: 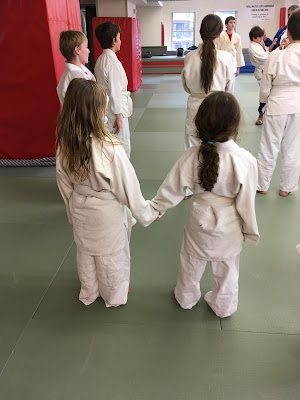 Of course, this was merely a prelude to close-quarters combat: 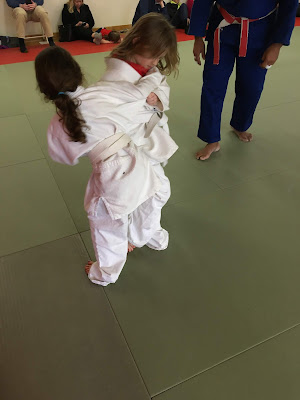 I find both of these pictures equally adorable. Our students made me extremely proud today. They range in ages from five-and-a-helf to fourteen, and they take good care of each other in our sometimes rough-and-tumble sport. There is a nice egalitarian atmosphere, with the older kids being respectful towards the younger kids and the boys being respectful of the girls.

I have to say that working with these children was even worth missing Alexandria Ocasio-Cortez' speech:

It was even worth it to feel sore and creaky on the subway ride home.

Your photos of your students bring happy tears! You definitely did your part!

Thanks, Ali. We really try to instill good habits in them, and they are a source of constant pride for us.