A day that I have awaited for weeks has finally come to pass. I arrived at work early today in order to confer with one of the day shift members who has been endowed with 'manager on duty' powers. She's been with the organization for a couple of years, but she's still a little green as an M.O.D. My other task was to check up on a bird that I have become rather fond of. Today, she was her fearless self, as always, and she didn't shy away from a confrontation: 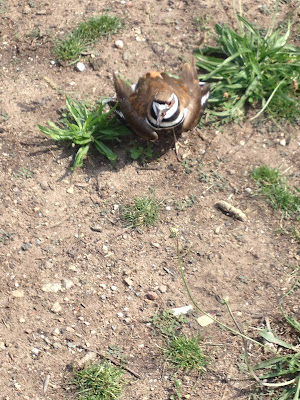 As I approached the nest, mama killdeer went into her usual sham injury display: 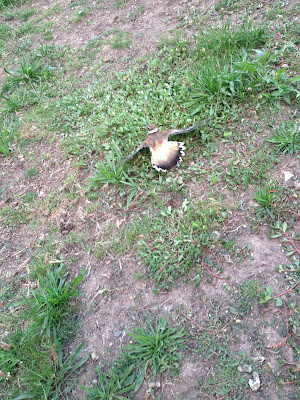 When I checked on the nest, though, this was the sight which greeted me: 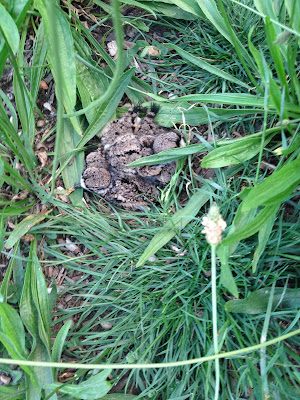 Four perfectly gorgeous little fuzzballs, nestled where the eggs had been. The little lovelies were running around just like mom soon after hatching... I actually took this photo as the sun was setting and these diurnal creatures are settling in for the night. I'm kinda surprised that they returned to the nest, it being such a perfunctory affair, but there they were. I made sure to inform the day staff that we had four perfect baby killdeer running around the property.

It doesn't take a lot to make me happy, and watching this fearless little creature protecting her family has been a source of joy for me for weeks. The fact that we have four more noisy little 'clockwork toy' birds on the property just makes it all the better.

Today, I had both parents trying to decoy me away from the four tiny little wind-up toys zipping around the property. I feel that I've been ignoring dad's role in this whole family affair, and Father's Day is in a week.

The babies are super-cute, and almost as noisy as the grownups.